Disclosure: As an Amazon Associate I earn from qualifying purchases made through links on this site. This is at no extra cost to yourself. 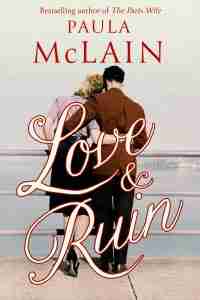 In December 1936 Martha Gellhorn, an American journalist, walks into a bar in Key West and meets Ernest Hemingway. Love and Ruin is the story of what happens next. It is an evocative, beautifully told tale of two people caught up in extraordinary circumstances and a passion that threatens to destroy them both.

After that first meeting Hemingway travels to Spain to report on the Spanish Civil War. He persuades Gellhorn to follow him, thus launching her career as a war correspondent, a path she will pursue for most of the rest of her life. Perhaps inevitably, they become lovers, and later continue their relationship by living in clandestine seclusion in Cuba.

Gellhorn struggles with her attraction to Hemingway, but finds herself powerless to resist. He has a magnetic personality, drawing everyone he meets into his circle. He is shown as a difficult, and troubled, man who needs the limelight, to be at the centre of everything that is going on. He is “too driven, too dazzling. Too Hemingway”.

Although this is the story of an intimate relationship, it has a backdrop of calamitous world events. We move from the Spanish Civil War to the American Depression, and back to Europe in World War II. The author brings out the paradox that entering a war zone makes you more fully alive. When you are surrounded by death and danger the senses are heightened and you are forced to live for the moment. It is a time of camaraderie, heavy drinking and illicit passion.

Love and Ruin is told in the first person, from Gellhorn’s point of view. This gives it the quality of a memoir and at times I almost forgot it wasn’t Gellhorn herself speaking. I found the occasional shift to Hemingway’s viewpoint less convincing, an interruption to the narrative, but that is a minor quibble. Because the book is written in Gellhorn’s voice, it is generally sympathetic towards her. We see her struggling with Hemingway’s demons, and share her frustration as she finds herself living in his shadow. However, I was left wondering whether a relationship between two such driven and powerful personalities could ever have survived.

An enjoyable and thought-provoking read.

This review is part of a blog book tour. Follow the tour using hashtag #LoveAndRuin.

2 thoughts on “Book Review: Love and Ruin by Paula McLain”

This site uses Akismet to reduce spam. Learn how your comment data is processed.